Over the past four to six weeks, I have been photographing images of Hobart city to try and capture an appropriate (iconic) image for ABC TV’s new set design.

The sets were designed by Jim Mann from Lightwell.tv  A broadcasters set design is a niche market and as it turns out, Jim is quite the master. A good set has to be instantly recognisable as well as functional for both the staff and technical crew.

With my image, it took a lot of communication back and forth with Jim (as well as Andrew Fisher – Hobart’s Executive Producer, Tony De Cesare – Manager of Production Resources and Andrew George – ABC’s Supervising Producer of NEWS content).  I had to trial many locations in varying light scenarios and ever changing camera settings.  Luckily I have several cameras and three lenses that were appropriate to the scale of the image that was required (primes and zoom).

The main obstacle I faced was Hobart’s ever changing weather, combined with the seasonal afternoon haze that arrives and causes a photographic white-out… and that’s on the good days!

Here is the final edited image and some shots of Jim’s completed amazing design concept.  Kudos to the entire set team, which also includes technicians from the ABC tech department, skilled lighting cameramen and of course the people who physically built the multi purpose set.  This was a fun design brief and it was great to be a part of the end result. 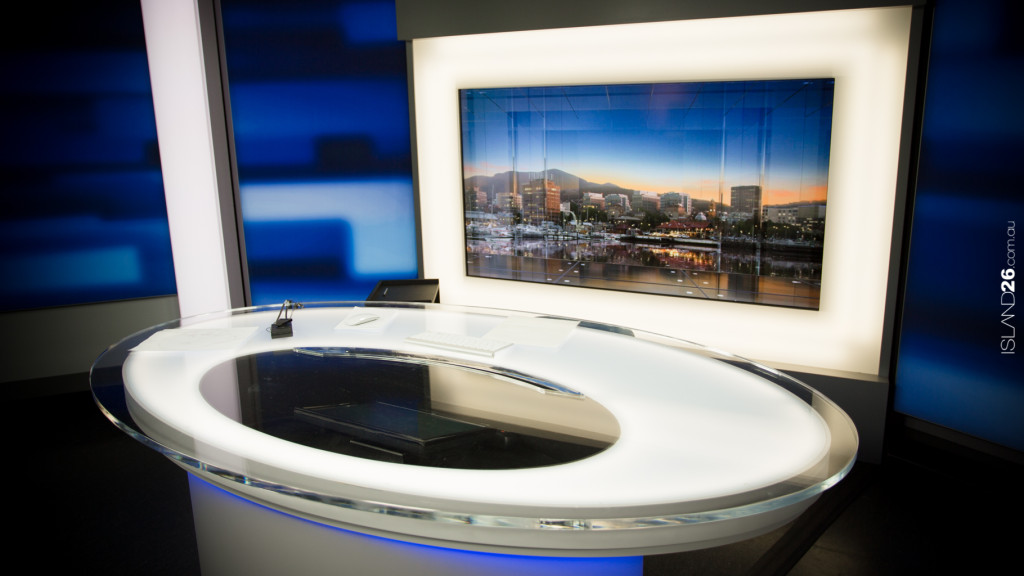 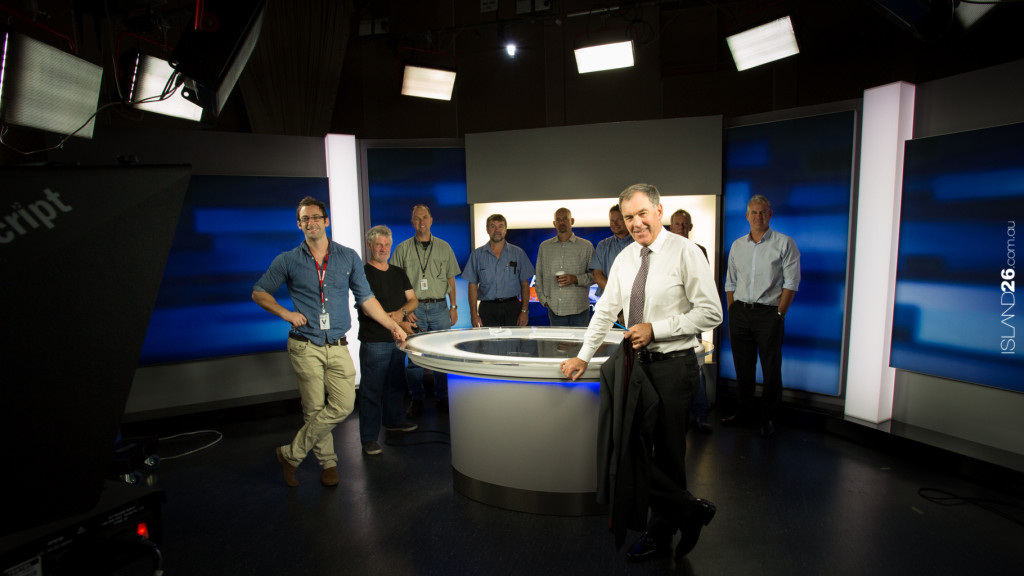 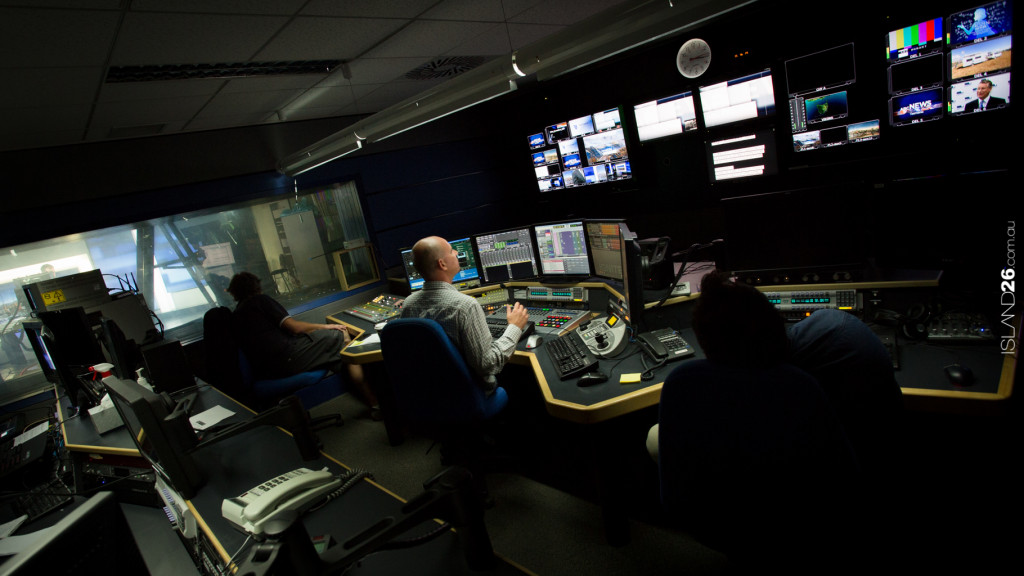 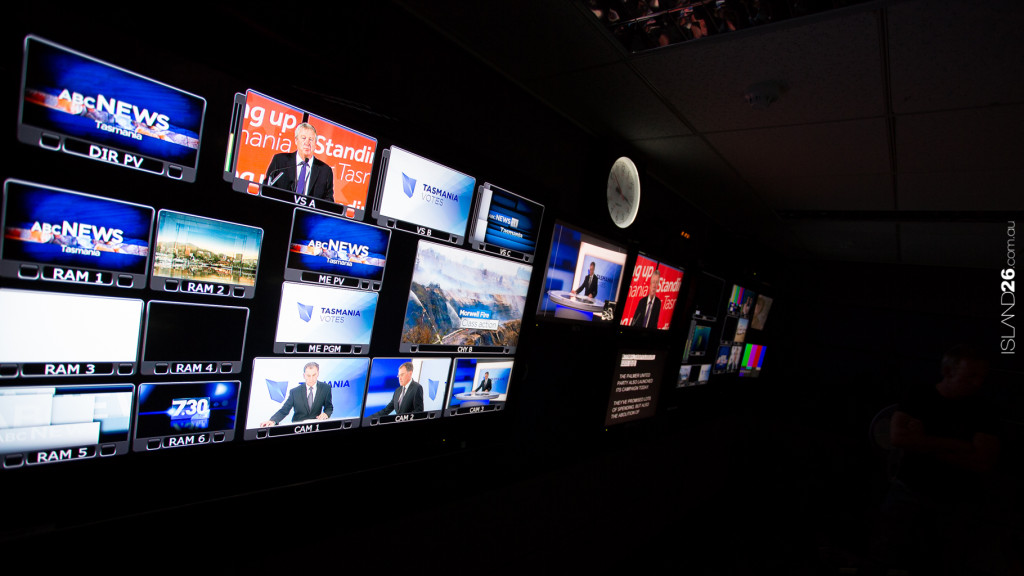 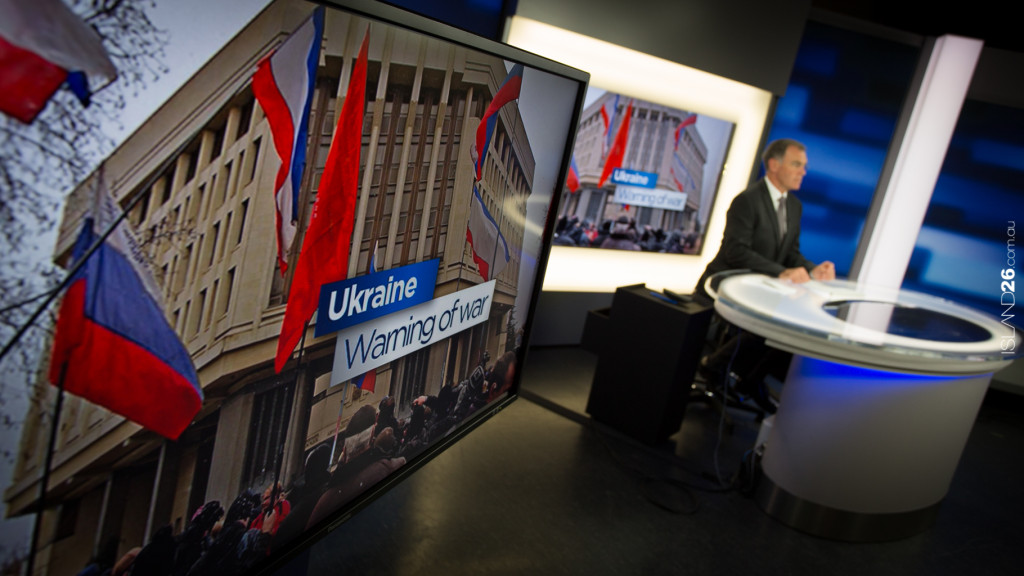 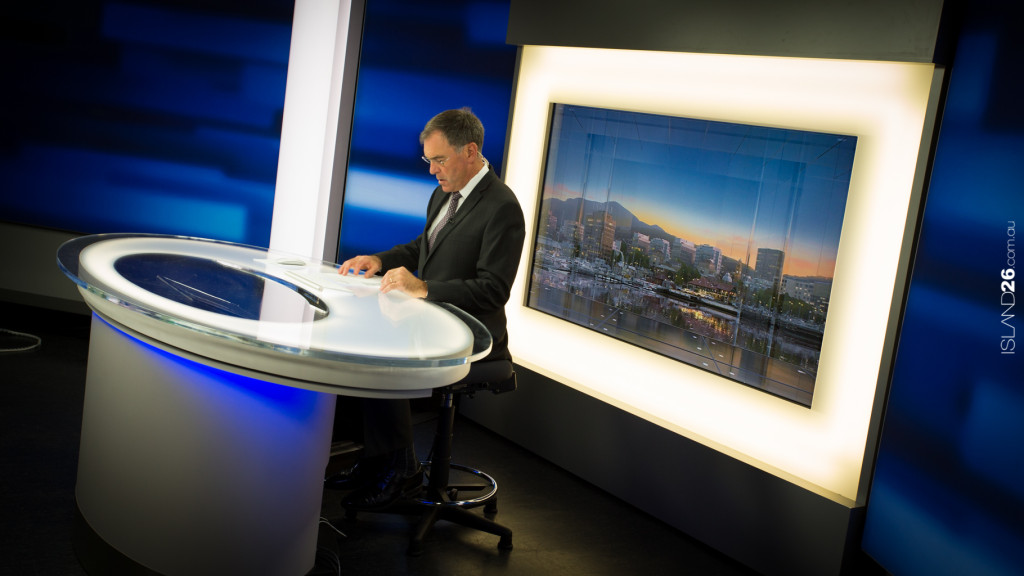 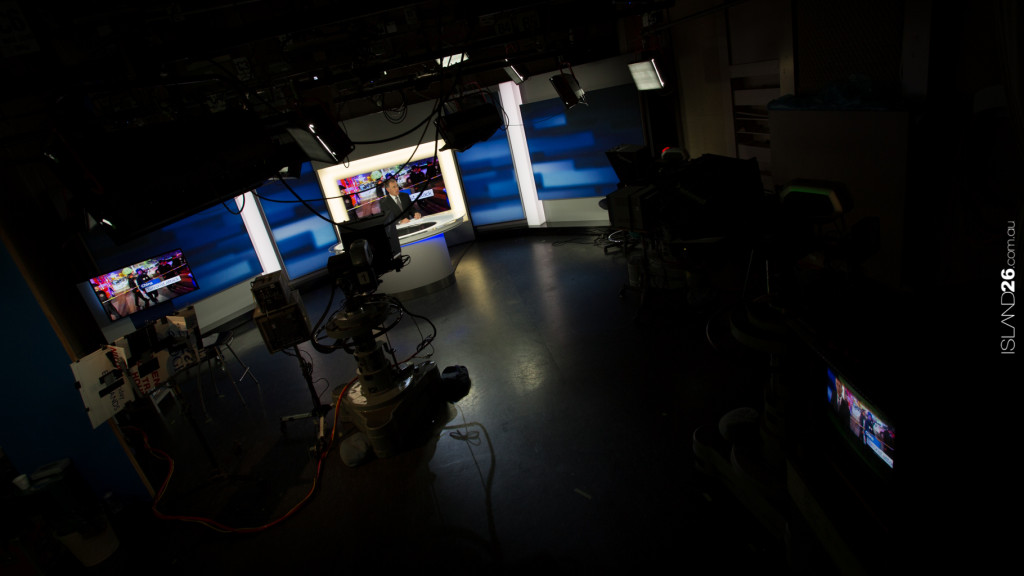 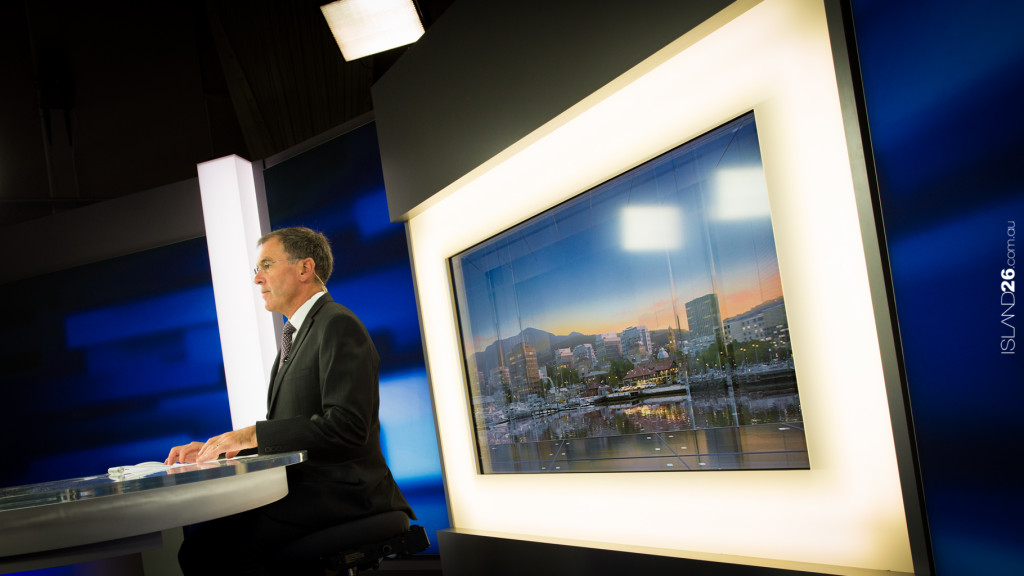 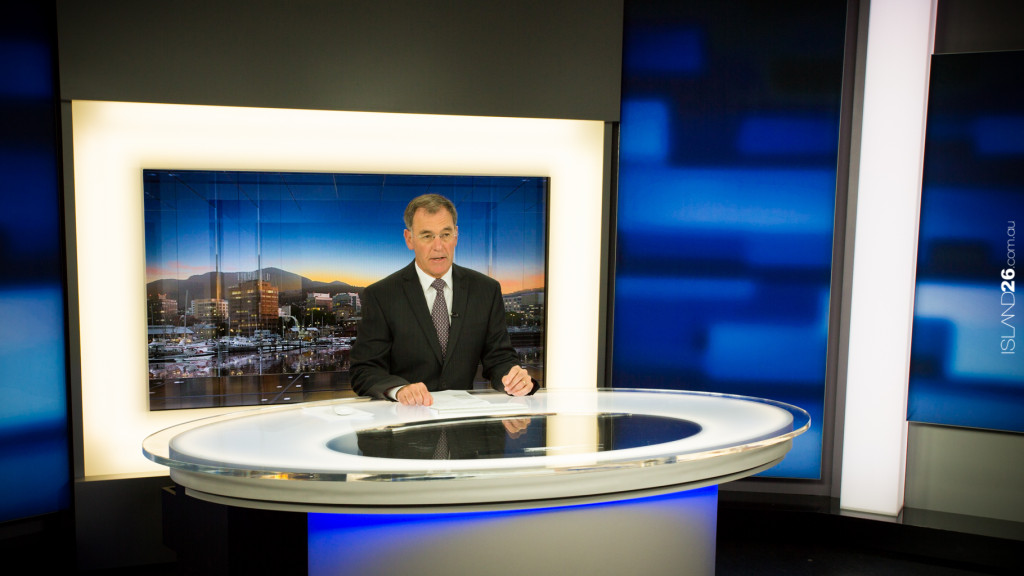 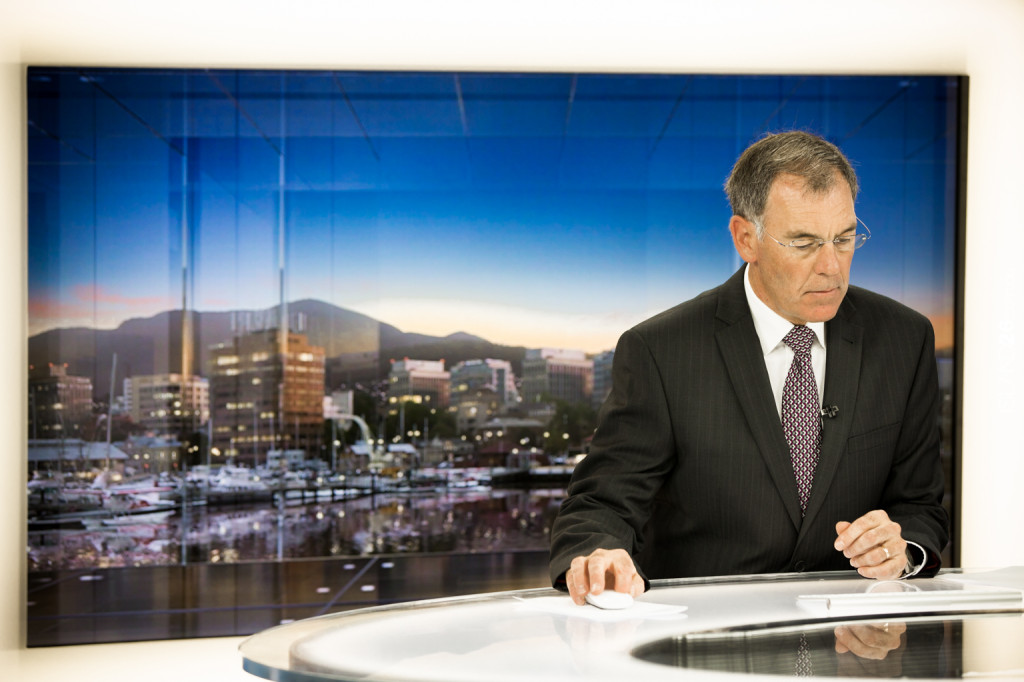 On a personal note, both Pete and Scott (centre and right) taught me about light, composition and perhaps most importantly, consistency in photography.  They are two of the ABC’s (and Australia’s) finest cinematographers.  Both are highly awarded professionals and two of the nicest guys you would ever meet. 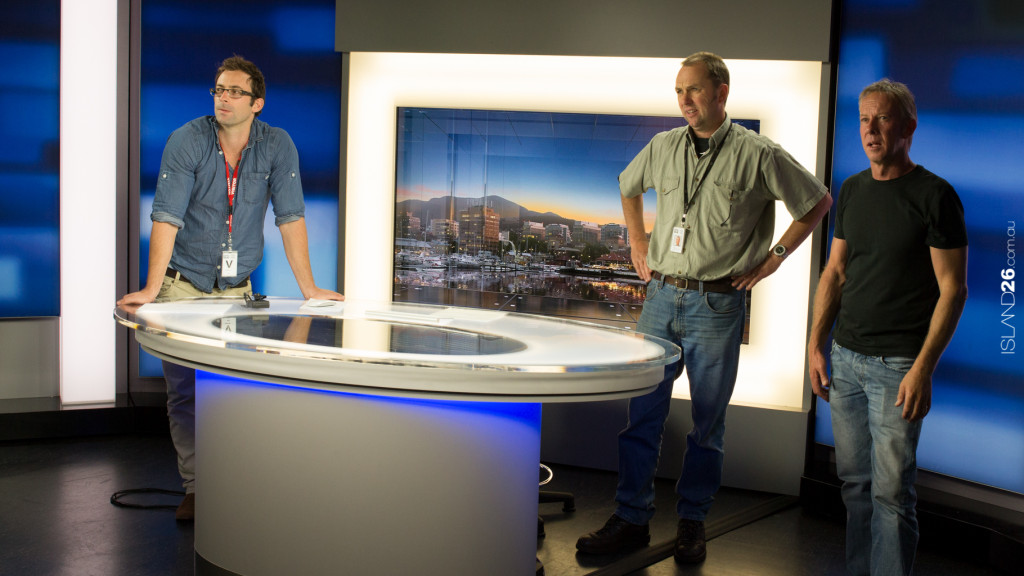